In which I am very distracted

This will be short, because I am exhausted from working on graduate school applications.  However, I should probably write something because at some point people will start thinking I am dead.
I am not dead. I am just applying to graduate school.  It's hard to tell the difference sometimes, I know.
Anyway.
Friday night I went with a group from my dorm to a cafe that sells the largest parfaits you have ever seen in your life. 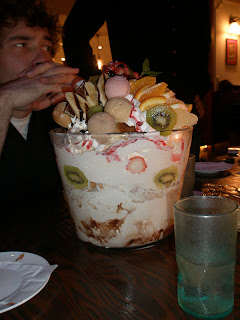 They are PERTURBINGLY LARGE.  "Perturbingly" isn't even a word, but it has to be used to describe how large these parfaits are.  The waitress was staggering as she carried it to the table. 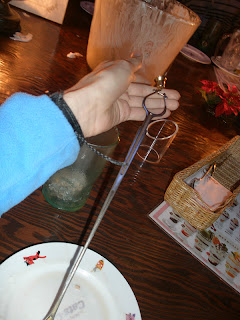